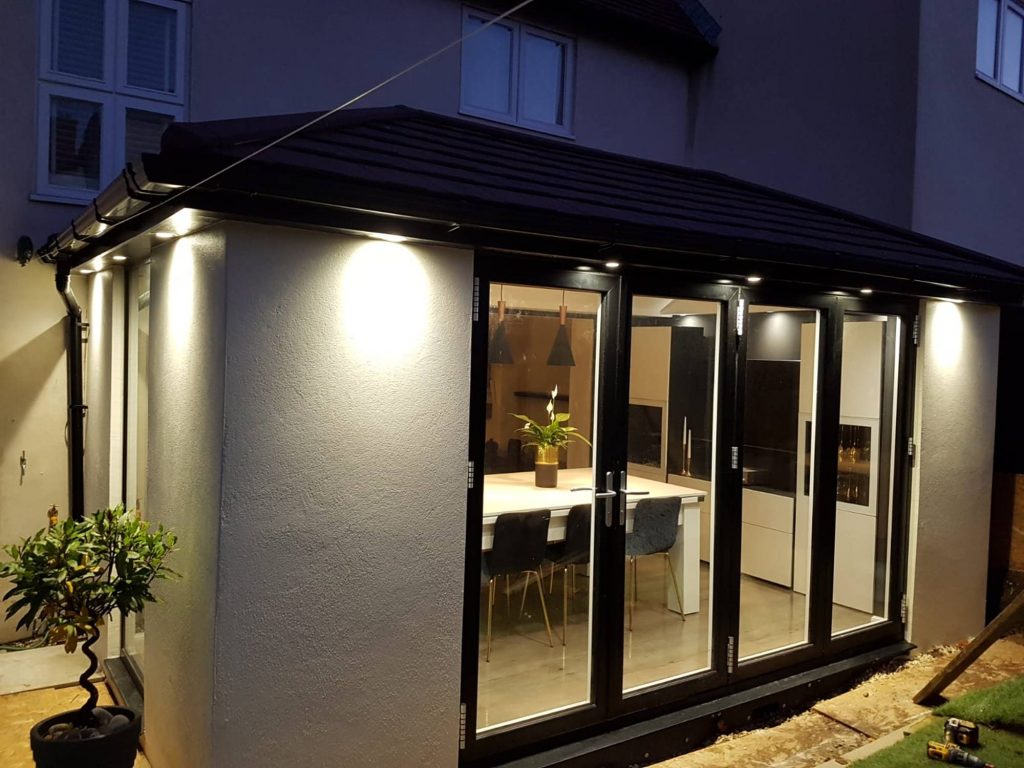 Our solid roof conservatory system we can supply to you are brilliant and there are a few different styles you can choose from when you are picking your conservatory and the features you want on it. We have Lean-To conservatories, Edwardian, Victorian and so many more. You also get the choice of a dwarf wall or full-height glass. Then you have the roof, this is the most important bit of the whole conservatory because it provides so many benefits that you don’t get with any other type of roof. The insulation is the real difference between the solid roof and all of the other roofs that you can put onto a conservatory. The insulation helps to make the conservatory a more useable asset throughout the calendar year.

The insulation will also allow you to have a calming and relaxing area as things like sound waves will be softer meaning they won’t bounce around so much and cause echo inside of the conservatory. This means you can have people inside of the conservatory talking and it won’t become too loud or annoying. The roof also deals with sounds from the outside very well, so when it is raining outside it would normally produce very loud sounds of the rain hitting the roof but now with the tiles and insulation inside of the roof this isn’t the case.

Although the insulation takes away the benefit of bringing in natural light into the conservatory it does offer the opportunity of having skylights in the roof to help bring in a bit of natural light during the daytime. The solid roof makes the conservatory look so much better. If you have a roof replacement you will realise that the whole structure looks a bit smarter than it was before.

With the new tiled roof on your conservatory, you won’t just notice the better energy efficiency you will feel it. During the winter you will notice that the conservatory is much more useable because you don’t constantly have the heating on to keep it at a comfortable temperature. Also, during the summer, the tiled roof will also help you to keep the room at a good temperature. The insulation in the roof won’t allow the sun to penetrate the roof so easily and this means that the heat from the sun come affect the temperature of the conservatory. As well with the insulation on the conservatory it will improve the acoustics inside and means that echo won’t happen and you’ll be able to play music and have sounds in the conservatory without it getting too loud or annoying.

If you are interested in the conservatories, we can supply to you then you should get in contact with us to show your interest and find out how much your ideal conservatory would cost.

You can also see our range of solid roof conservatory system in our factory.